Every Mom has a Story 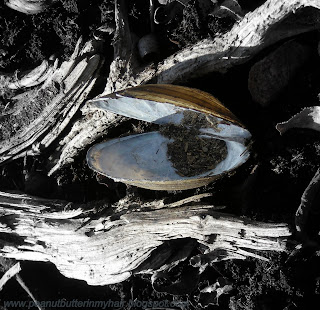 I did nurse all three of mine for past a year, but I always said that if it had been hard or if I'd had to pump, I never would have made it.

I had mastisis with one of mine and OMG, the PAIN.

I really wanted to breast feed my daughter. I took supplements and pumped for weeks before we brought her home, but it just didn't happen. She has been on formula since day one. Occasionally I feel bad about it, but then I look at the fact she is healthy, and loved, and give myself a break.

I think all Moms give themselves a break too.

Thank you for sharing your story...breastfeeding is very emotional, and I think nursing both your children until they were 10 months old is AWESOME! You shouldn't feel bad about that at all!

I nursed both my daughters until they were 20 months, but I had breast cancer before I had children. I had to supplement with formula in the first couple of months because I couldn't make enough milk with just one breast... however, after I nursed and pumped, my milk supply was built up and I could breastfeed exclusively. One nurse compared nursing with one breast to nursing twins...each twin only gets one breast. That helped me feel better about my decision to breastfeed.

Breast feeding is so personal and emotional. I didn't because I was single, young and knew I'd need feeding especially since I was going back to work in 6 weeks. Not to mention I then had an emergency c-section and that just made the decision that much more solid to formula feed. Oh but the guilt! I still have some 10 years later. And my son is the healthiest, happiest, smartest kid I know.

Thank you for sharing your story, Melissa! And you're right, every woman has a different story. I have a differeent story for all three of my children. And I've done it all: all bottle, combo, & all breast. I wish that more people could be supportive of breastfeeding...and I wish nurses could be more well informed on the topic and quit pushing bottles left and right. I actually just wrote a post which talked about that:
http://madelinebea.blogspot.com/2010/04/biting-breastfeeding-bad-advice.html

Anyway, big hugs to you! Thanks again for sharing...you're one awesome mama!

My son was born early at 33 weeks due to preeclampsia and spent the first 46 days of his life in the NICU. At first he was being tube fed as his suck reflex hadn't come in and I was pumping around the clock to provide for him. Even with my c-section and being really sick with preeclampsia he wasn't given formula, just breastmilk.

Trouble began as he learned to eat. His prematurity and lack of a reflex caused his suck to be vertical rather than horizontal (more like chewing and sucking) as a result he could stay at the nipple for a half hour and get nothing vs drain a 2 oz bottle in 5 min flat.

We tried in the NICU as often as we could but he'd get frustrated and we'd go back to pumped milk in a bottle. We saw lactation consultants and PT folks and still we couldn't make it work. He'd get maybe an ounce by breast after fighting for a long time.

But I had milk in droves. So I pumped and he got the expressed milk instead. When we came home we still tried but by then the bottle was his go to for food. So I pumped some more.

I pumped for 13 months and recently just stopped after he made the transition to cow's milk. I don't regret it though it was more time consuming and difficult than I had ever imagined.

I hope to have another some day and really breast feed this time. I feel I got all the difficulties and none of the rewards for breastfeeding...though my son did reap the rewards of breast milk.

I was/am very passionate about nursing my kids. It's just what I do. #1 was hard, #2 was a breeze, and #3 was pain from day 1 until he weaned himself 11 months later (I had severe milk duct spasms which I'd never even heard of before they made me want to rip my boobs clean off). I actually wrote about this a bit recently. Not sure if you saw it (or if you want to) so hear it is: http://www.dcmetromoms.com/2010/04/dumb-moms-guide-to-nursing.html

In other news, I'm liking your new look. It seems like everyone is getting one these days!

Thank you so much for sharing your story. Both of my kids were challenging in different ways... Fynn was tough to start, and then ended up being a boobaholic until he just stopped one day at 11 1/2 months. Paige would have kept going, but I nudged her to cut back and she stopped altogether... which still makes me sad because I nudged her for the wrong reasons....
It's an amazing thing, not to be taken for granted :)

OMG girl are you trying to open a can of worms??? No, just kidding. Actually it's good that you have a healthy attitude about breastfeeding - that it is each woman's personal choice. I've had varied success with each of my 5 kids for different reasons. I've done guilt, I've done pain, I've done pumping and lactation consultants and lactivists. I've done it all. And know what? I think in each situation I made the right decision of what was best at that time. Hindsight is 20/20 and I'd love to do some things differently, but at the time I did what I thought was best and that's all my kids are ever gonna get from me. That is, until I get the awesome power of clairvoyance. Should be coming in any day now.