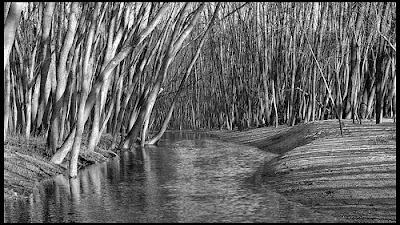 { photo credit BenMcLeod }
By the time it got to the edge of the Forest the stream had grown up, so that it was almost a river, and being grown-up, so that it was almost a river, and, being grown up it did not run and jump and sparkle along as it used to do when it was younger, but moved more slowly. For it knew now where it was going, and it said to itself, "There is no hurry. We shall get there some day."
- AA Milne, In Which Pooh Invents a New Game and Eeyore Joins in
Posted by Melissa Haak at 6:00 AM

Just popped over from SITS to say hi

Hi Melissa! Cute blog I must say and LOVE the title of it. You and I sound a lot alike. I love being home with my kids, but the cleaning and cooking, for me, I could do without. I've got tons of projects going on, and have a hard time keeping up. Those around me think I have it all together . . . boy do I have them fooled. :)

Hi sweetie! I love this today. You have such a way of presenting things that can be meaningful no matter what you are currently going through. Beautiful. Hope you're having a great week!

Greetings from Malaysia again! Just want to say thank you for dropping by my blog on my SITS day. You can read the aftermath of my whole day SITting episode at this link:
http://imafulltimemummy.blogspot.com/2010/05/afternath-of-whole-day-sitting.html

Thank you again and hope to see you back here sometime! :D