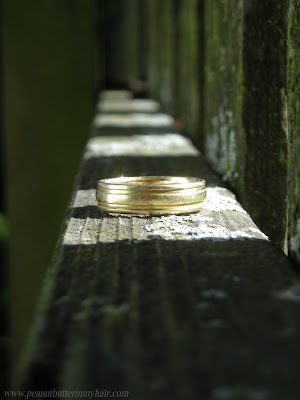 I am my beloved, and my beloved is mine.
- Song of Solomon 6:3
He fingered the ring in his pocket, cold and heavy. He remembered the first time he lifted it up, reluctantly. Not reluctant to marry, no that he was certain of. This women, she was his destiny. Reluctant to wear jewelry, he was a manly man, jewelry, well that would take some getting used to. So the first time he lifted it the weight surprised him. It was heavy. 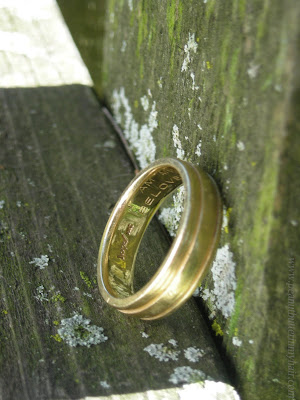 He drummed his fingers on the bar. Tired, stressed, worn down. He wanted to go home and crawl into the loving arms of his wife. Caress her arms and nuzzle into her soft hair. However that was a fantasy that would surely only last the length of the walk up to their apartment. He knew that as soon as he walked in he would be accosted by one of two things. The wailing sobs of his baby son, or the softer whimpers of his wife as she lay in bed, asleep, or pretending to be. He almost wonders why he bothers anymore. Bothers trying to reach out to her, offering to help, suggesting she go out. He can't do anything right. She wont' leave him alone with the baby, hovering, correcting everything he does. To fast! To hard! To loud! His son won't take a bottle so he is helpless to try to make the nights more restful.
He thought parenthood would be hard. He expected to be tired and overwhelmed. He didn't expect it to last for months. He didn't expect it to turn his wife into a stranger. He didn't even recognize her anymore. He can't remember the last time he saw a genuine smile out of her directed at him. She was always scowling or downtrodden. He really didn't know what to do anymore.
He finished his drink and set it down. A women came up to him, he had noticed her looking at him several times throughout the night. He had done a good job of ignoring her glances but ignore no more. There she was right next to him, practically on top of him. He actually couldn't remember the last time his wife was this close. He heart beat a little faster.
"Can I buy you another? Maybe go shoot some pool?"
He looks her up and down. Her tanned skin, glistening in a low cut tank. Her breast large and firm, he could make out all her shapes and the delicateness of her body underneath her too tight clothes. Something stirred inside him and his mind flashed, to a million scenarios. I have needs he told himself, I'm a man and I need to feel loved too.
He inhaled deeply and set his hand on the bar to turn to her. When he did he heard the loud clank of his ring on the bar and felt the heaviness of it on his finger. He looked up, gave a little laugh and answered
"No ma'am, I'm heading home to the love of my life and my new son, you'll have to find someone else to play" and with that he walked out the door. Determined to somehow, someway get through to the women he fell in love with. 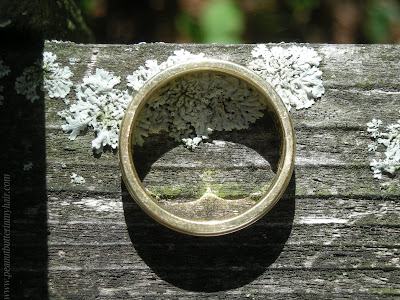 He paced the floor outside their bedroom. The one they had shared for over 30yrs. They had been married for over 50years and he couldn't believe how he loved her more today then that day he said "I do". They had been through so much together. Traveled the world, raised and lost babies, and grandchildren. His heart broke seeing her lying in their bed, broken, week, ravaged by a disease that they could do nothing to stop.
The door opened and the doctor stepped out, lowering his head and shaking it side to side.
"It won't be much longer" he said.
The man rushes to his wife's side, taking her hand and stroking her cheek. As much as he couldn't imagine living without her, he knew he had to let go, say good bye. In his heart and soul he knew that she was not this diseased and weakened body in front of him Her soul light and alive would be dancing in heaven just waiting for him. He picked up her hand, noticing how heavy her little rings seemed on her frail and thin fingers. He slipped off her rings and kissed her hand. He stood leaning over her to place a kiss on her head, her cheek, and finally her lips.
"Good by my love, go, be at peace. We will embrace again where the weight of our bodies won't hold us down"
With that she sighed her last breathe. He held her rings in his hand,  fiddling with them, flipping around and listening to the clinking of the metal. His ring on his finger felt heavier. Heavier than it ever had before, like the anchor holding down his body, keeping it from floating of to his love. 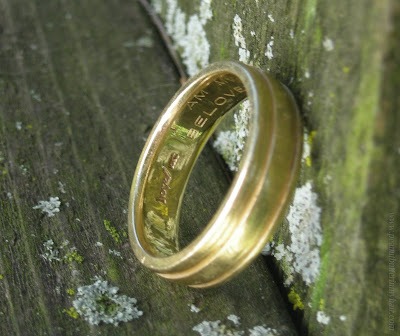 This post is part of Creativity Boot Camp (I feel, especially after this post that I need to say I am using short story, fiction, as my writing goal, fiction inspired by life, but fiction). Prompt: Heavy Metal. I have decided to do both a photo and writing from the prompt, because I'm a little crazy like that. These photos are from the prompt, my favorite so far! If you want to see the ones I did for this prompt check out my Flickr Stream
Posted by Melissa Haak at 8:46 PM

oh boy - you are so talented. This was wonderful. And makes me want to go back and not be so literal and really let my mind flow freely on this one. I loved this, really.

now that I've stopped crying can I just say that was so beautiful!

OMG, OMG. Amazing. I aspire to write like this. Wow, wow, wow.

Wow, amazing. *tears* I'm a little behind in the creativity bootcamp and you've just inspired me to go there now to catch up!

Melissa! Such powerful storytelling, here. I want to read more about the life of this couple!

Oh my, a heavy metal I hadn't even considered. Lovely. At @Amy said, you are good!

Wow,that was amazing. So touching.

*sniff*sniff* Very good!! Makes me think of my aunt in stage 4 cancer right now... beginning hospice... fighting to be all that she WAS to her family; thinking they can't do without her... *sniff* I pray my uncle has the strength to let her go... *sniff*

Oh Melissa! This is my favorite so far :) well done!

A beautiful story - the talent for storytelling during this boot camp is incredible!

Another awesome story and the pictures are equally awesome. They
go so well with your story. You are amazingly talented!

Oh my God! I am bawling like a baby! I love how you used the theme throughout and transitioned from one time period to the next. This was beautifully written, Melissa! I hope you're submitting this somewhere...

How beautiful and real. Commitments to marriage may not be easy but the rewards are significant now and forever. A very insightful piece.