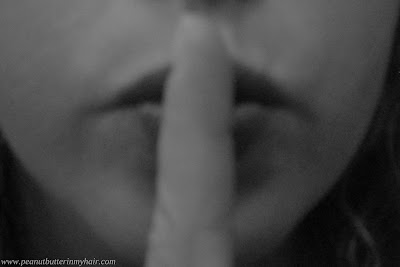 Hush little baby don't you cry.
Mama's gonna sing you a lullaby
She hums the rest of the tune as she slowly moves the rocker back and forth. Looking down at her baby happily and drowsily nursing. She gazes out the window and chastises herself;  you had nine months to prepare and you couldn't be be bothered to memorize one lullaby? What kind of mother doesn't know one lullaby?
He stops nursing with a dramatic and painful pull and smack of his lips. He than starts to squirm, arching his back and digging his hard head into the soft and swollen flesh of her forearm. She winces in pain and anger. If only that nurse had listened to to her, come when she called, she wouldn't be in this state. two swollen and painful fore arms form two infiltrated IV's. Unable to comfortably hold her baby in a cradle position. Making her feel like a bigger failure than she already does.
And when that lullaby is through
Mama’s gonna stay right here with you.

She burps him, changes him, and puts him down in his crib, swaddled like a burrito, just like she was shown at the hospital. At least I can do that right she thinks as she heads from the room. She picks up the baby book and her coffee and settles into the couch. She takes a sip and takes in the quiet closing her eyes for a second before opening the book. In that second an image flies past her minds eye. Her baby, blue not breathing, she wrapped him to tightly, or not tight enough and he rolled over. Either way she panic. Her heart is racing, she stands up quickly almost loosing her balance sloshing coffee out of her cup in her haste to put it down. She runs into his room to find him happily sleeping, not blue. She is flooded with relief, her heart rate starts to come down and  just when she is sure, one hundred percent sure he is breathing she turns to walk away.
And if you wake up in the night,
Mama’s gonna make everything all right

She has barely made it out the door when he starts to wail. Look what you've done! She yells at herself. you and your stupid paranoia. She goes back in the room and like the book says tries not to look him in the eyes and pats him, hushing him to sleep. This makes him wail louder, stronger. She picks him up, she rocking, and bouncing and walking and swinging and jiggling her arms up and down. Her body exhausted, her mind exhausted, what am I doing wrong she wonders? She paces the whole length of their apartment, dipping and swaying anything to calm the sobs. Nothing is working and she feels all her nerves start to treble, on high alert, as if electricity is running through her body. Every wail cuts to her core, she feels it deeply like an electric shock to her heart. She tries singing again, Hush little baby...she can't remember the words. The tears spill from her eyes. Nothing is helping, nothing will make him stop crying, her body screams in aches and pains, she feels as if she is falling into a very deep, dark and loud hole. His cries have not lessened, she looks at the clock, 20min, he has been screaming for 20 minutes. So it's not colic, they have to cry for 3 hours right?

Oh my she thinks, suddenly in a panic, he can't cry for three hours, what would I do if he cries for 3 hours. She picks up the baby book and flips to the page with the lullabies. She read/sings the lyrics to him bouncing and swaying becoming more desperate with each passing moment. She suddenly snaps, she screams SHUT UP! SHUT UP! SHUT UP! She is shaking, she can't believe that came out of her, to an infant no less. What has happened to her? This is not the mother she wanted to be? This is no the life she wants for her son.  She lays him, still screaming in his crib and runs from his room.

She throws herself onto her bed and starts to sob and wail herself. How did I get to this place. Why can't I handle my own child, what kind of mother would do this. Horrible visions of her child start to flash before her eyes, blood, accidents, not the action of but the end result and she is terrified. She doesn't know how much more she can take. She cries and cries and cries until her body and mind give into the exhaustion and she falls asleep.

She is awoken what feels like hours later, but was probably only minutes.

"Hush, shhh, honey, honey, it's going to be okay, you need to calm down, tell me what is wrong what's going on?"

She looks up through blurry eyes, apparently she was crying in her sleep. She tries to shake the fog from her head, wipes her eyes.

"The baby!" She bolts upright, struggling with blankets to get out of bed. Her husband firmly grabs her shoulder and pushes her down.

"The baby is fine, he is asleep in his crib, what is going on with you?"

The tears again once begin to pour and she cannot contain her horrors her thoughts her feeling any longer. The pour out of her like water from a geyser and when she is done she collapses into an exhausted heap in her  husbands arms, He calm pats her head, smoothing down her hair.

This is part of Creativity Boot Camp, my medium is fiction. Prompt: Hush. While this is fiction, it is based on real life experiences, feelings, and visions I had while struggling through PPD. Unfortunately for me it took months, not weeks for me to talk about it with my husband. If you are feeling any of these things, please, reach out and get help. You are not alone, you are not crazy, and there are so many resources out there to help you.


I'm doing photography too, this is my best shot, you can see more photos at my Flickr stream
Posted by Melissa Haak at 2:45 PM

Love it. Very raw and open, and I think this speaks to a lot of women. I did not have PPD, but I did have these moments of just wanting everything to stop. I wish women would realize that there is strength in asking for help, not weakness.

Krista @ Not Mommy of the Year said...

Wow. That was great. & I'm not even talking about the PPD message (which is great too) but the writing. was so.. honest. captivating. Very well done.

This was hugely powerful, and so deep and honest and very well worded. I wish every new mom could read it ... because if you don't feel this way, chances are you know someone who does.
Really well done, Melissa.

Your words are so amazing. The fictional stories you create are beautiful, and full of real emotion that is completely relatable. Even if the situations don't apply, you can feel the emotions from your words. I sometimes just don't know what to say in a comment that is adequate for your posts! Beautiful mama.

That was great and really honest writing.

Its hard enough being a mom with a newborn, without having extra struggles like PPD. Glad you were able to talk to your husband.

Melissa, you are an amazing writer. I found myself completely immersed in your world. Thank you for sharing your message with others.

Such a great story. And doesn't every mother go through something similar, though maybe not as severe, it is similar. We have all had screaming babies that we could not calm and wondered what to do. Wondered if that baby was ever going to shut up. Great job!