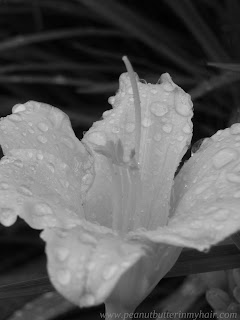 She grabs the scrubbing pad and dumps the water that was sitting in the pot. It's cold and gross and splashes her arm while the stale and old smell of the water and food assault her sinuses.


"You don't have to do that" he says "why don't you go lay down and rest"
"No, no" she says shaking her head "I have to take back my life, my kitchen. I have to reclaim normal."
He shakes his head, knowing that there is no point in arguing with her, he can see it in her eyes. He retreats to the basement and leaves her with the mess.
She turns her attention back to the pot. She scrubs and she scrubs, until her arms are tired and her fingers are raw. She scrubs through the layers of baked on, dried on, forgotten food. When did we even eat this she wonders? The last seven days a blur of confusion, tears, and sadness. People coming in and out bringing meals, hugs. She sees the longing in there eyes to stay and help but also the uncomfortableness of not wanting to get to close. Death can be contagious you know, or at least people seem to act that way.
She scrubs harder and harder, splashing, making a mess, tiring herself out. She scrubs for hours, cleans all the pans, the counters the floor. If only I had kept a cleaner house, ate healthier, did more....her thoughts fade. She knows that's not the reason for the unexpected loss, it doesn't make it easier. She can clean through the layers of grease and grime that have accumulated while she grieves but she can't yet seem to tackle the layers of guilt. The what ifs and whys piled on top of the would of, could of, should of's.
So she cleans and she scrubs and she tries to get through the layers she can see in a hope of squashing the layers of grief and anquish so she can return to a new state of normal. 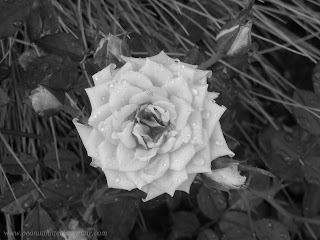 This post is part of Creativity Boot Camp (you should do it too!). Prompt: Multilayered. I have decided to do both a photo and writing from the prompt, because I'm a little crazy like that. These photos are not form the prompt, I just liked them, if you want to see the ones I did for this prompt check out my Flickr Stream
Posted by Melissa Haak at 9:18 PM

This tugs at my heart so fiercely.
Lovely job, Melissa.

Really beautiful, and true. There are a lot of layers to work through when you are grieving.

Very powerful, Melissa! Beautiful in a sad and real way. I want to hug her...is she you?

What brilliant writing. You write a beautiful short story that captures multiple layers in so many ways. Very touching.

I'm loving everything you are writing so far. Honestly you are making me intimated with the boot camp I get so sucked into it. Awesome. (The Ivory Tower one too)

Great story. A unique way of looking at multilayers.