Schools, Schedules and Making the Most of One Week 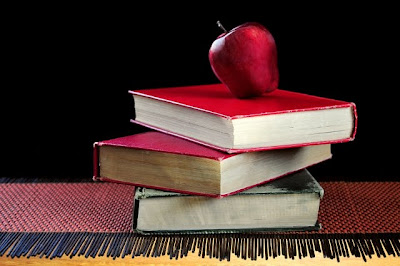 We have had a whirlwind few weeks, thanks for sticking with through the sporadic posting!
Today marks the last official week of summer vacation. Monkey was supposed to be in a class this week, but since it wasn't sports related it got cancelled for low enrollment. It may be one of the things that angers me the most with suburbia. We have been here for two summers and both summers every, single, non athletic class I have signed him up for through the park district has been cancelled due to low enrollment. We signed up for nature explorers- cancelled. A hiking/bug class - cancelled. Crafting around the world (art and geography/culture)- yep CANCELED. Sign him up for soccer? It's so popular that they don't cancel the class even when it's raining, hard. What happened to well rounded? Why are sports the holy grail of suburbia? Now I have a week that I need to fill with some fun activities to make up for no class as well as figure out another class (going to stick with soccer) to use the credit I know have at the park district.
It also means that in one week I will have a kindergartner. Wow. I was totally ready and not freaking out too much about this until I took him to get shoes. They need to have tie shoes, that stay at school so they can learn to tie. We measured his foot on the little foot chart and it said he was two sizes bigger than he was wearing. Two sizes?!?!?!?!? That cannot be right. I followed the instructions though, learning the lesson with his sister that if I bought one size bigger I would be buying another pair in 2-3months. He put them on and I almost started crying right there in the red carpeted aisles. He looked like a gawky teenager with his skinny legs and bony knees with these big boats for feet sticking out, where was my baby? That's when it all became so real.
I know academically he is more than ready for kindergarten. I know he is more than ready for full day school. We choose very carefully and I am confident (although not as confident as my husband) that this school is a perfect fit for him and will provide both a caring environment and the academics that he needs. However my little mommy heart is still lurching at the thought that my baby will be away from me for 7 hours. He won't be having lunch with us, I won't have deep afternoon conversations about submarines when he is supposed to be in quiet time. I won't hear him and his sister screaming at each other all morning. My house is going to be so quiet.
I actually think his sister may have a harder time with it. She has never been away from him for that long, she has never been alone with me for that long. Yesterday when I woke her up for her name (always a dangerous task) she was a sobbing mess. The only thing she wanted? Her "Monkey". I had to go outside and get him and amazingly when they came downstairs she was smiling big and bright. What will happen when he's not home?
She will be starting school this fall too, two mornings a week for 2 hours. She needs it. She needs the socialization (we have major attachment issues) and the academics. She did great at her one week of VBS so I am sure she will adjust quickly. I am very grateful that she doesn't start until two weeks after him so we can ease her into the idea.  So its not so much change all at once.
For now though we have one more week. One more week to throw schedules to the wind and make the most of the last week of summer. I will try to say yes to them as much as possible and give them all the love and attention they need since it will be their last week together. And in the very few quiet moments we will have this week I will try to get organized for the new schedule, for making lunches and leaving  the house before 10 am. We all have a lot of adjustments coming, but we will make it through, All growing up together and celebrating this milestone for mommy, Monkey and Peanut.

When do you start school? What are you doing to celebrate the end of summer?

I went through this too - I was so surprised at how much my children had grown this spring - They all went up a few sizes in shoes. Hope that you all have a fabulous last week of school - we started last week. In fact I need to get lunches ready so that they are not late this morning! :)

I wish school started for us next week! We have to wait until Sept. 1st..waaahhhh!! Enjoy your last week!

Tomorrow is BigGirl's 1st day of school. Ever. We have been really making the most of these last few days of summer fun...staying up late, running after the ice cream truck, swimming until our hair turns green, and staying in our pjs all day :) I'm not ready for her to go tomorrow, but she is SO excited, and knowing that will get me through the day...

My 4 1/2 year old will start Pre-K the day after labor day, though he's in a summer program now that gives us all sanity! With moving around so much, he needed it. I'm looking into what story times and what not classes I can do with my 18 month old around here, because we both will be needing it this winter!

Good luck with the first day of school!

I can't even imagine my first child going to kindergarten! I wanted to cry just reading about it. Miss H starts here 2 day a week program on August 31. She will be attending the same school she was in last year, so I am not anticipating any major issues. Good luck with the big adjustment this year.

That sucks that camp was cancelled so many times! You gotta find some other camp, like YMCA or something.

I am SO READY for school. The school is NOT a perfect fit and my kids don't even really like it there. But it is what it is and we have to make the best of it.