One of the domestic lessons I seem to really need extra help in is grocery shopping. I have confessed before that my husband is better at grocery shopping than me. However with two kids in school full time it makes sense that I take back the grocery duties. I can do it during the day at the start of the sale week. I means we don't miss out on family time and we can usually get what we need. The only problem?

A few weeks ago I made our menu based solely on recipes that we hadn't made yet that looked good. So I had halibut and Lamb on the menu. I hadn't been able to find frozen halibut at Trader Joe's so I decided to go check out a new grocery store that I knew had a good fish section and would also have the lamb I needed.

I have never bought fresh fish, or lamb for that matter. One of the biggest grocery issues I have is thinking on my feet and changing things up. I go in with a list, buy what is on the list (and usually some extras) and leave. My budget doesn't stand a chance. So I ordered the halibut and since the recipe called for 1.5 pounds I got that much....at 19.99 a pound! So I spent 32 dollars on fish. I posted this on Facebook:

Peanut Butter in my HairI may have just spent more on a piece of fish than any other piece of meat ever. A) don't tell my husband B) this better be the best dinner ever

I new I was going to be in trouble so I took a few deep breaths and made a mental note to order the least amount of lamb the recipe called for, four pounds. It was listed as 5.99  a pound and I thought, eh, not terrible and I ordered it. When they handed it to me with a sticker that had it priced over $40. As my heart starts to race and I panic about what I'm going to do I realized thankfully!) that it rang up at 9.99/lb. Thankfully the butcher gave it to me at the lower price since it was mis-labled.

Well until I got home and my husband found the meat!

He pointed out that the most important part of cooking is reading the recipe. The fish was for 4 people and the lamb 8, we're only 3 because the kids don't eat enough yet. Once he got over the sticker shock of the fish we decided to make the best of the evening and make it a fancy night. We got to nice (for us) bottles of wine. Mirassou Riesling and Chardonnay, we even had a little wine tasting to see if we could tell the difference. The fish was fantastic and worth every penny. 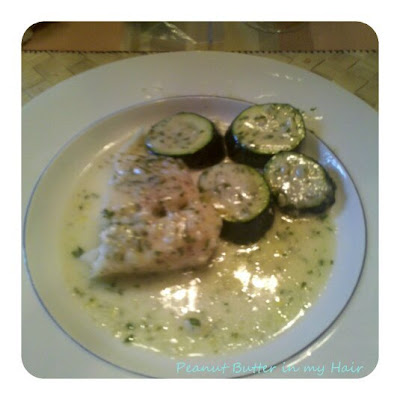 It was also a lesson in how much we eat and how much more expensive (yet tastier) fresh fish is to frozen. We ate almost the entire pound and half, PBboy ate a ton and PBgirl even had some! 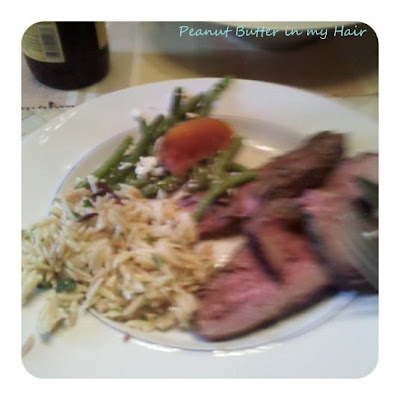 The lamb was also tasty but we had grandma come over to share that with us. All the kids loved it and we learned how to butterfly a leg of lamb from a YouTube video. That was my other mistake apparently I was supposed to ask the butcher to do that.

In my defense I have never been the cook. I know sheltered, but I always had a roommate and I left college and shortly after became a wife. I have always lived with cooks so these were lessons my husband had learned years ago when he was living alone, I'm just a little late to the game.

So those were my tasty grocery lessons this week. What are yours? Are you the shopper or do you defer to the cook?


All the recipes are collected on Pinterest and I am trying to go back and leave  notes on them. You can also see photos and comments on each dinner on my Tumblr
Posted by Melissa Haak at 8:01 PM

I'm the shopper and the cook... not an awful lot of glory in it to be honest! But let me just say that you made to awesome dishes from your first attempt, you rocked the shopping!

I'm also both - shopper and cook. I actually enjoy doing both when I have a recipe in hand and I go to the store and create something at home. When I first started I also made the mistake of not reading recipes for portions. Now I make more of an effort and adjust accordingly. It should be more budget friendly.